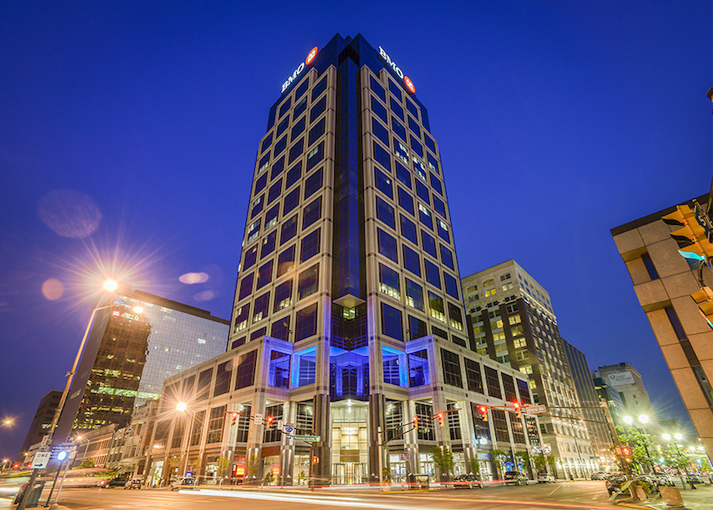 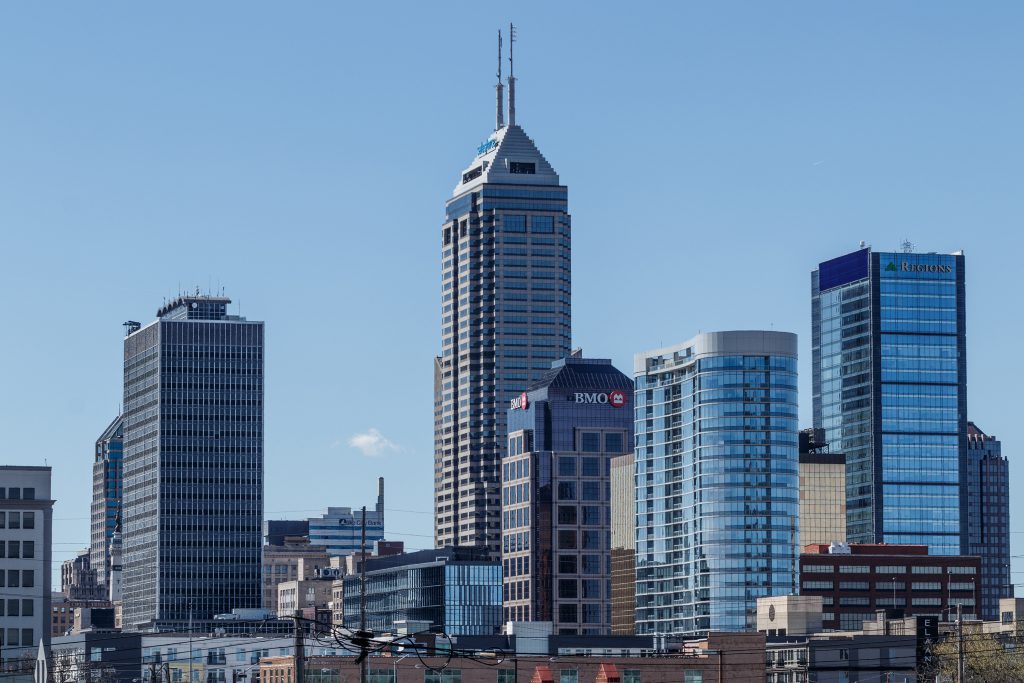 BMO Plaza is located between Monument Circle and Mass Avenue, directly across the street from the recently renamed Salesforce Tower. This trophy property is occupied by notable finance, government, and corporate tenants, such as BMO Harris Bank, the U.S. Department of Defense and General Electric Capital Services. With its prominent position on the Indianapolis skyline, BMO Plaza provides a unique signage opportunity.

Home to an unrivaled economy, workforce and quality of life, Indianapolis has become a thriving 24-hour metropolis. Indianapolis has one of the world’s largest and most diversified economies, and is strategically positioned as an emerging technology/ creative hub that will continue to attract new and current companies from the industry, as well as top talent from universities across the country. As per CBRE, Indianapolis, considered a low-cost market, had the fourth highest tech-related job growth rate (28%) and rent increase (6%) after San Francisco, Charlotte and Pittsburg in 2017.

The Indianapolis CBD office market is comprised of approximately 12.6 million square feet of office space, of which 47 percent is Class A. Since 2015, the Indianapolis CBD has experienced positive rental rate growth of 8.4 percent, while direct vacancy declined 11.2 percent. More specifically, Class A rental rates in the CBD experienced unprecedented growth, increasing 11.3 percent since 2015.